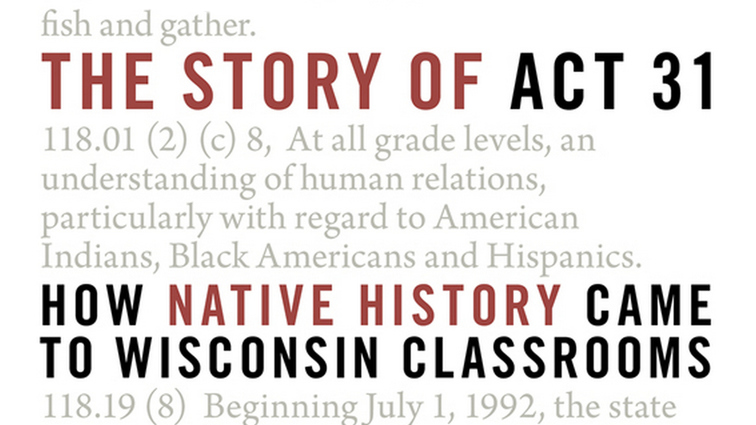 The Story of Act 31: How Native History Came to Wisconsin Classrooms

Since its passage in 1989, a state law known as Act 31 requires that all students in Wisconsin learn about the history, culture, and tribal sovereignty of Wisconsin’s federally recognized tribes.

The Story of Act 31 details the law’s inception-tracing its origins to a court decision in 1983 that affirmed American Indian hunting and fishing treaty rights in Wisconsin, and to the violent public outcry that followed the court’s decision. Author J P Leary paints a picture of controversy stemming from past policy decisions that denied generations of Wisconsin students the opportunity to learn about tribal history.

A Tiered Purchasing Plan for Supporting Wisconsin Act 31 in your Classroom or Library
This list identifies books and materials that support the teaching of Wisconsin Act 31 for educators and librarians. ...
Grades PK-12