For David O’Connor, teaching and learning about Wisconsin’s First Nations and tribal communities is rooted in personal reflection and the sharing of stories.

O’Connor says that “having an understanding of who [you are] and where you come from helps you understand how to teach about communities or cultures that may be different from your own.” His own story is one of being a father and husband, a son and grandson, a nephew and uncle, an educator, a member of the Bad River Band of Lake Superior Chippewa, and the American Indian Studies Consultant at the Wisconsin Department of Public Instruction.

O’Connor is passionate about the opportunities he has to learn about and elevate the great work of Wisconsin administrators, teachers, librarians, and educators. This passion comes through as he shares the history, culture, and tribal sovereignty of First Nations and tribal communities of Wisconsin through conference presentations, professional development workshops, trainings, and building relationships with educators. On any given day, you may find O’Connor at one of the twelve Cooperative Educational Service Agencies in Wisconsin, offering full-day training workshops.

When connecting with educators, he seeks to support their understanding of culture. This goal came through an important conversation O’Connor had with a tribal elder, in which she asked him to define culture. He called up every dictionary definition he could think of, feeling very uncertain of his response. Only later, after much reflection, did he come to realize that what she had been trying to communicate was that culture is not technical, nor is it just one thing.

O’Connor reflected that “culture is everywhere … as a human being I have multiple cultures, not ​a ​culture.” He now defines culture “as relationship, or relationships, plus meaning,” and strives to make that definition relatable to those he shares it with.

Starting with this foundation, O’Connor wants educators to think about how they can move from teaching about cultures to teaching culturally.

He highlights three “i”s that mark the stages of this journey: include, integrate, and infuse. The starting stage, include is one in which educators introduce a resource or two, but are not yet comfortable with the content. As they build on their knowledge they may move into the integrate stage, plugging in more resources, before progressing into the infuse stage, where they can fluidly share information and resources throughout the whole year and learn along with their students.

He recognizes that all of the stages are important, and he emphasizes that American Indian Studies should not be seen as an “elective,” but should be woven throughout the curriculum from the first day of the school year through the last.

When asked about why teaching and learning about American Indian Studies is important, his response is that First Nations People of Wisconsin have always been here, are here today, and will be here in the future. Because of that historical and contemporary impact, there are so many stories to be told and heard.

He shares his story with educators around the state in hopes that they will reflect, share their own stories, and learn about Wisconsin’s First Nations along with their students. 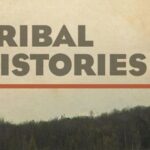