Located on the Crawfish River, one mile east of Lake Mills, Wisconsin, Aztalan is Wisconsin’s premiere archaeological site. Prior to a.d. 1050, this site was the location of a Late Woodland village. Between a.d. 1050 and 1200, the site blossomed into a large Native American town, home to a group of Mississippian people who had migrated from Cahokia in what is now southern Illinois. The Mississippians settled alongside the Late Woodland residents of Aztalan, built earthen platform mounds, and fortified the site with a huge timber and clay wall. Just northeast of the publicly-accessible portion of Aztalan is a line of large conical mounds that mark the locations of ceremonial posts and the burial of a young woman who is believed to have been a member of the Mississippian elite.

Since 1919 the site has been extensively excavated by archaeologists, revealing the history of the town. Portions of the stockade and two mounds have been reconstructed in the park. Archaeological work continues at the site by major universities. A brochure for a self-guided walking tour is available at the site. The Friends of Aztalan State Park offer tours for adults and schools of the site and arrange special events. 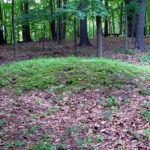 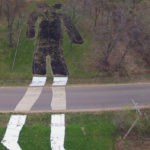 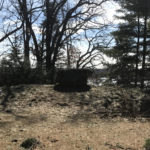